TEHRAN: Today is the National Commemoration Day of the renowned Persian poet Saadi Shirazi, born in Shiraz around 1200 and died around 1292.

Abu-Muhammad Muslih al-Din bin Abdallah Shirazi, known by his pen-name Saadi, was one of the major Persian poets of the medieval period.

Saadi is known as a mystic and metaphysician in the history of Persian literature. He is recognized for the quality of his writings and for the depth of his social and moral thoughts.

The ancient scholar has gained worldwide fame, not only in the Persian-speaking countries but in western societies, with his poems being quoted in a multitude of sources.

Saadi, who lost his father in childhood, experienced a youth of poverty and hardship; he left his hometown of Shiraz at a young age for Baghdad to pursue a better education. His first experience of education was at the Nezamiyeh University of Baghdad, where he studied Islamic sciences, theology, law, history, and Arabic literature. He traveled to different countries such as Anatolia, Syria, Egypt, and Iraq for thirty years. He also visited Qods, Mecca, and Medina.

The Master of Speech, as he is called, was a man of learning and traveling. He mingled with people from different groups from intellectuals, merchants, preachers, farmers, ordinary people to Sufi dervishes and even the thieves, trying to learn and study and also preach and advise people to gravitate to the wisdom and morality.

Returning to Shiraz as an elderly man, Saadi was greatly welcomed and respected by the ruler and the prominent figures of the city.

He spent the rest of his life in his birthplace till he passed away in around 1292.

Saadi’s best-known masterpieces are Bustan (The Orchard) completed in 1257 and Gulistan (The Flower Garden) in 1258.

Bustan, as his best-known work, was completed in 1257. It is quite in verse, including 4,000 verses in 183 stories about the virtues such as justice, kindness, love, modesty, liberality, generosity, satisfaction and happiness, and the ecstatic practices of dervishes addressing all people to have a better and happier life. 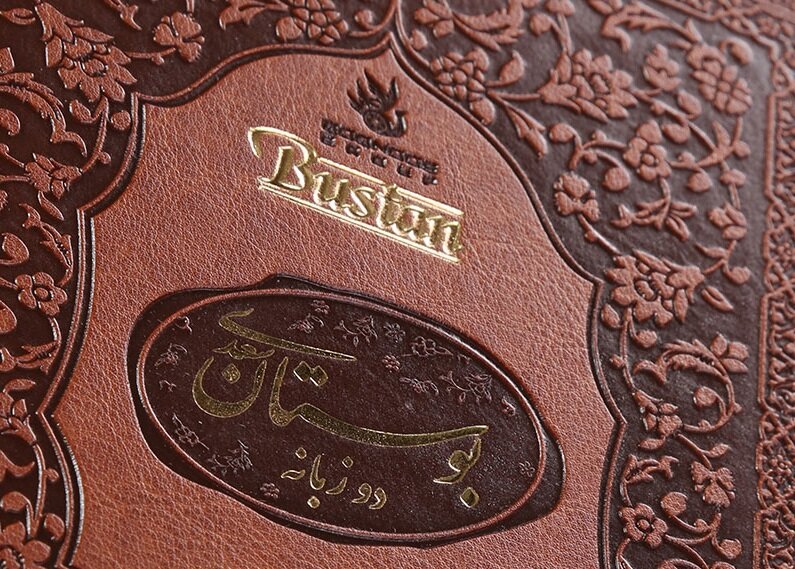 A year after the completion of Bustan, Saadi composed his masterpiece Gulistan.

Saadi attempts to advise people to live freely and to improve the quality of their lives in Gulistan.

It is one of the most effective books in prose in Persian literature. 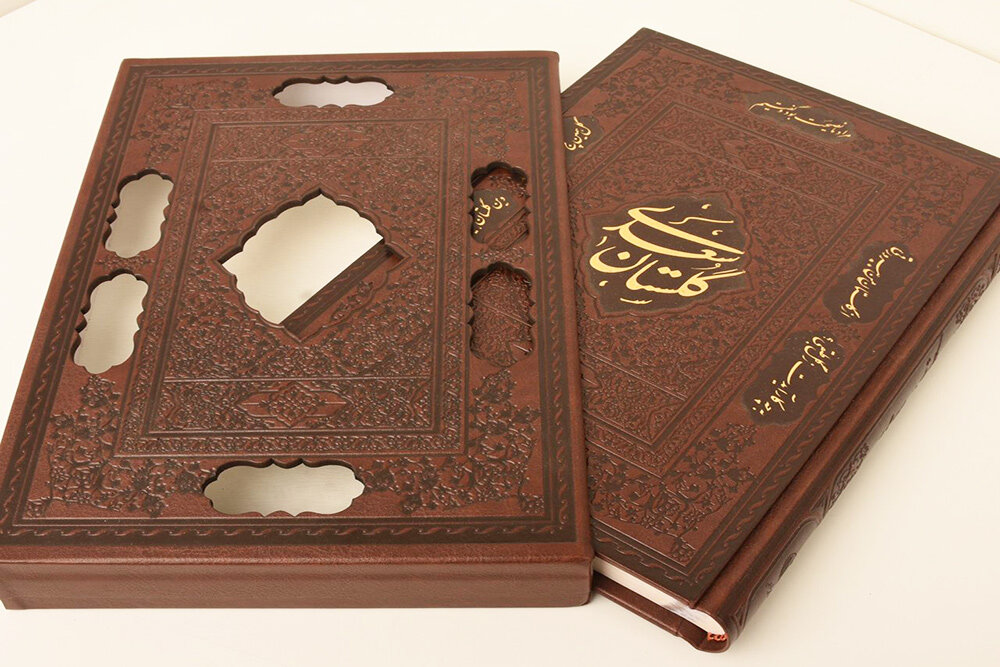 Saadi’s other works include Ghazals (love poems or Lyrics; sonnets), qasidas (longer mono-rhyme poems or Odes), quatrains and short pieces in prose in both Persian and Arabic. He is known as one of the greatest ghazal-writers of Persian poetry besides Hafiz.

Saadi elaborately distinguishes between the spiritual and the mundane aspects of life in his works. He tries to visualize the deepest meanings of life in the most tangible contexts and close to conversational language as far as possible in such a way that even common people can get the most out of his writings.

He is a well-known poet among world scholars.

Goethe and Andre du Ryer presented Saadi to the west for the first time in 1634. The first complete translation of Golestan in English was done by Sir Richard Francis Burton.

In one of Saadi’s most well-known immortal poetries, he considers all humans as different parts of a whole body, regardless of social barriers and races:

“Human beings are members of a whole

In creation of one essence and soul

If one member is afflicted with pain

Other members uneasy will remain

If you have no sympathy for human pain

The name of human you cannot retain”

Saadi’s tomb is located in southern Shiraz. His mausoleum, also called Saadieh, is one of Iran’s major tourist attractions.The tomb was first built in the 13th century. However, after being destroyed in the 17th century, it remained untouched till the present-day building was constructed in the 1950s. 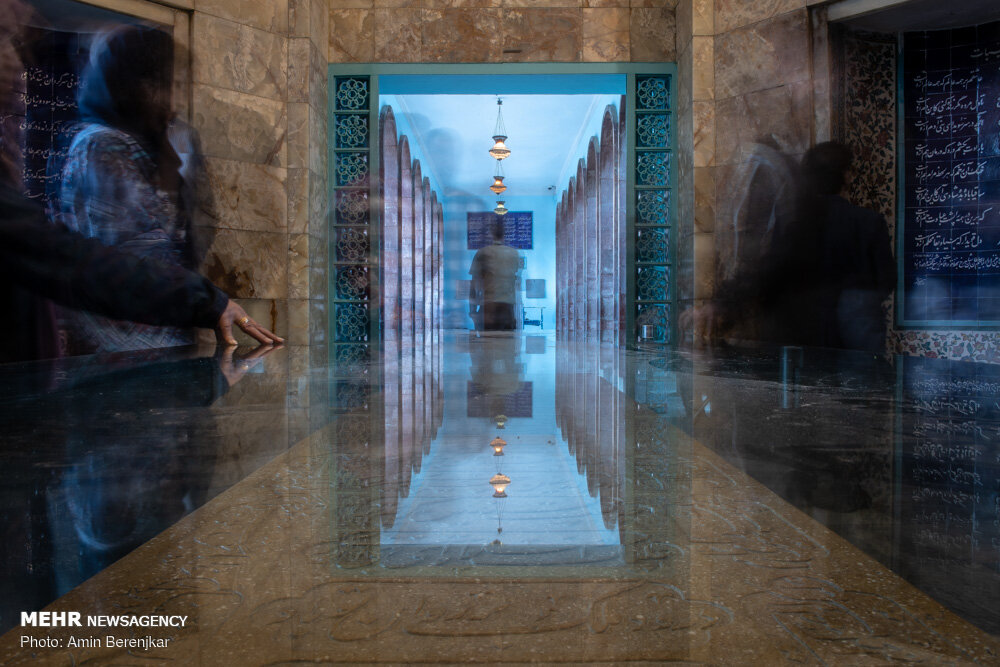 Many Persian elements have been used in its architecture. It is also a National Heritage Site.Every year, a number of literati and scholars from around the world gather at the mausoleum on April 20 to commemorate the great Persian. 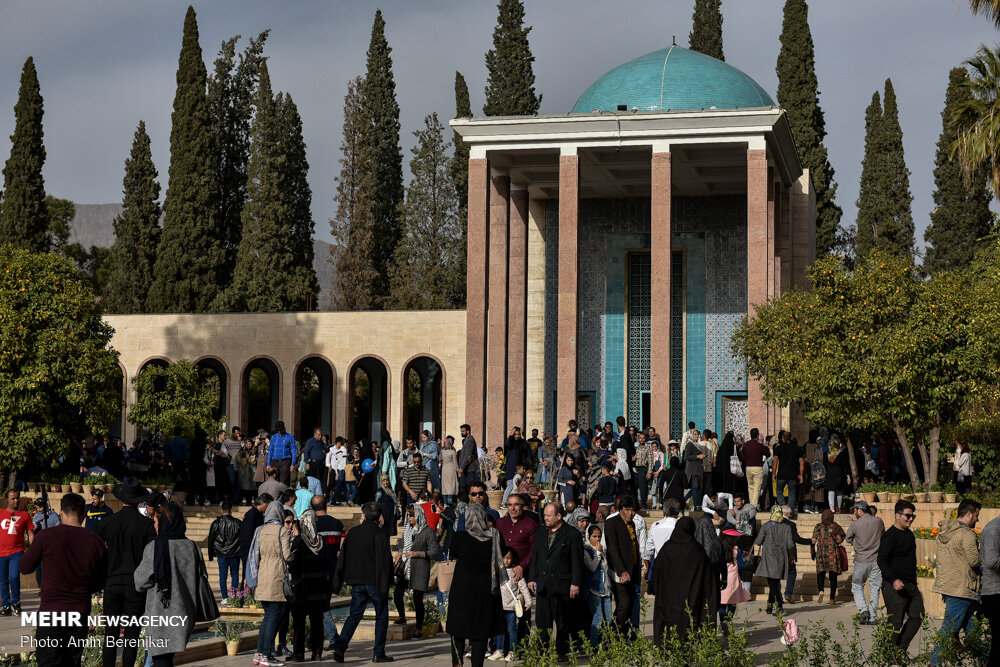