TEHRAN: A number of Palestinian resistance groups have sent separate letters to the Leader of the Islamic Revolution Ayatollah Seyyed Ali Khamenei thanking him for his stances on International Quds Day this year.

In these letters, the five Palestinian resistance groups have expressed their appreciation for the stances of the Islamic Republic of Iran and the Leader of the Revolution in supporting the resistance of the Palestinian people and the non-recognition of the Zionist regime.

They have also emphasized the continuation of the resistance until the liberation of Holy Quds.

The Palestinian resistance groups have said the Leader’s message on this year’s Quds Day was a roadmap for the liberation of Palestine.

In their letters, the Popular Front for the Liberation of Palestine (PFLP), the Fatah al-Intifada Movement, the Palestinian Popular Struggle Front and the Coalition of Palestinian Forces have emphasized the role of the Islamic Republic of Iran as the axis for unity and resistance between Islamic countries.

They have also revered the role of top Iranian General Marty Qassem Soleimani in keeping the Palestinian cause alive. 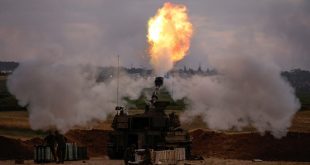 US blocks UN statement regarding Israel’s attacks on Palestinians

UNO: Once again on Monday, the United States prevented the United Nations Security Council from …